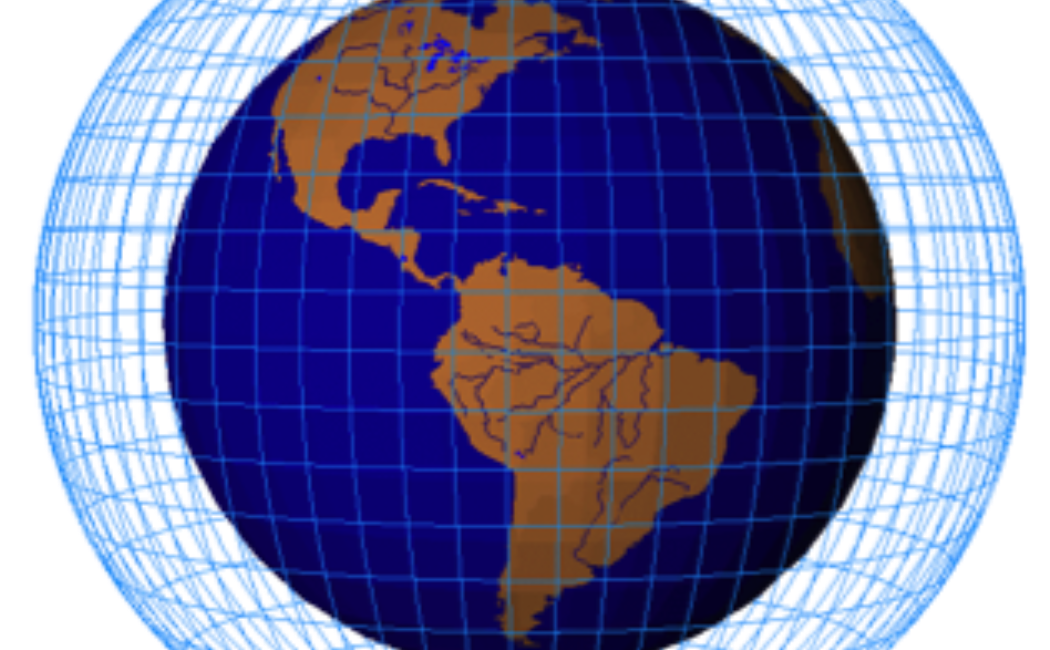 Click to see our activiti​es in  Land Surface and Hydrological Modelling.​

We are currently examining the potential of the Weather Research and Forecasting (WRF) model (V3.5) to reproduce the “extreme” rainfall events that often result in the devastating flash flooding that are seen throughout the region. WRF is a numerical weather prediction system with a wide range of meteorological applications, with the capacity to simulate the physics of coupled land-atmosphere interactions at scales from meters to thousands of kilometers.

Flash flooding represents a particular challenge in arid environments, as the precursor rainfall events that cause these flood responses are often poorly monitored and the hydrological descriptions of arid lands are not well understood (infiltration, stream morphology etc). Jeddah, the second largest city in the Kingdom of Saudi Arabia, has suffered from a number of these flash floods after short-intense rainfall events over the last decade. For example, on  November 25th 2009, more than 140 mm precipitation fell within 8 hours, resulting in more than 100 fatalities and an economic loss estimated to be in excess of $100M.

One of the principal aims of this project is to accurately reproduce the dynamics of these simulated “extreme” rainfall events and couple WRF output with an approrpiate hydrological modelling system for enhanced flood assessment. Ultimately, we would like to move towards a near real-time monitoring capacity, that couples output from numerical weather models with more traditional hydrological forecasting and flood simulation tools.

To investigate the feasibility of real time forecasting of flash flood and achieve a more realistic simulation of the flood producing rainfall, WRF is used to simulate these mesoscale convective systems driving these storms. An ensemble of physics options in the newly released  WRF Version 3.5 will be evaluated against observations, following the method in  Evans et al. (2012), to determine the best combination for model simulations. Each test case is a nested one-way run with spectral nudging in the upper troposphere for the parent domain (D1 in top figure) only. D1 has 208 × 176 grid points in the horizontal, with 25-km grid spacing and 50 vertical levels. D2 has 336× 416 grid points in the horizontal with 5-km 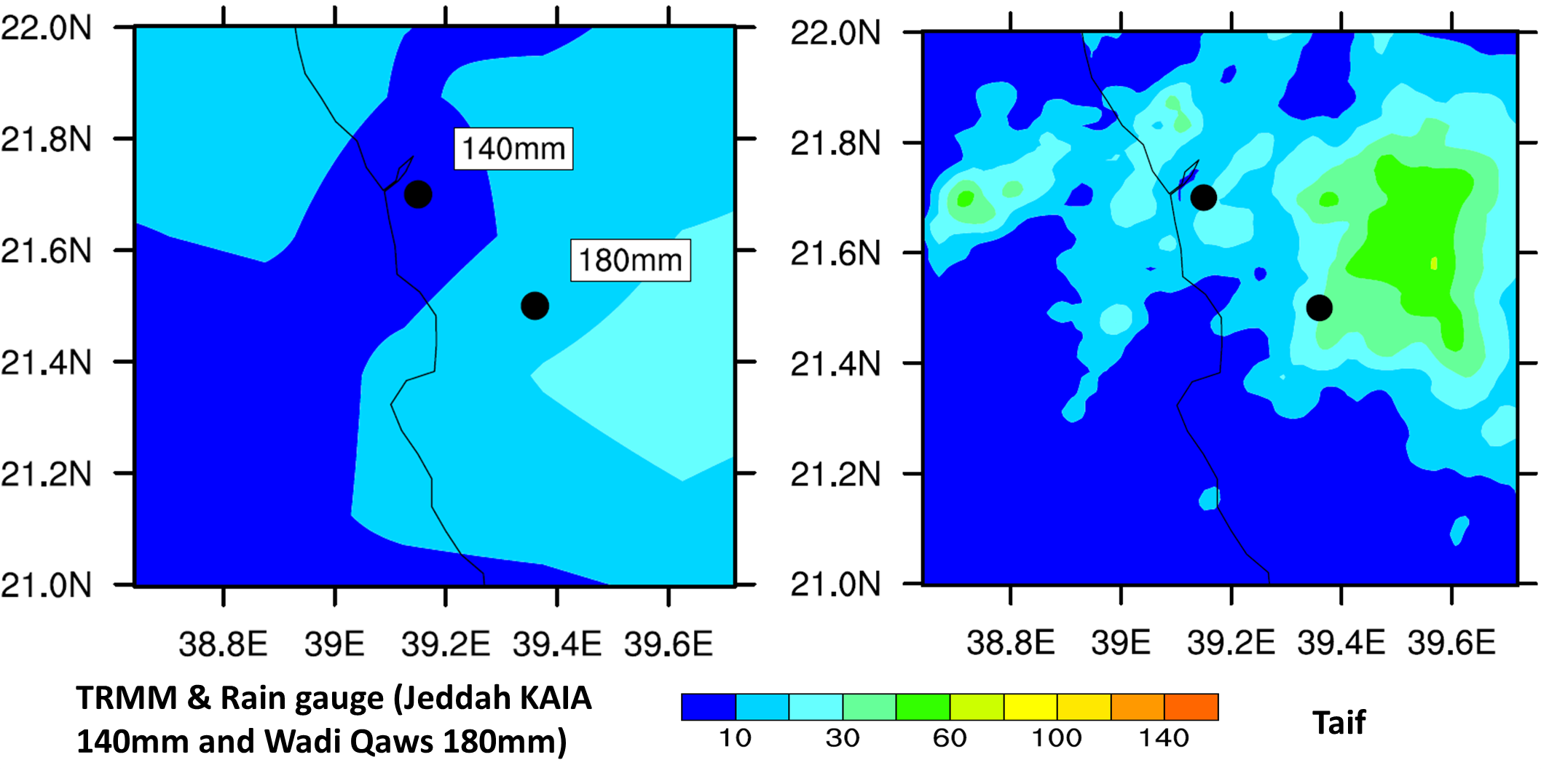 grid spacing, while the inner domain (D3) has 256 × 176 grid points with 1-km grid spacing. The boundary conditions and initial starting conditions for the WRF simulations are derived from  ERA-Interim using 30 atmospheric levels and 4 soil levels. Available observational rainfall datasets with which to evaluate simulations are derived from a combination of  rain gauge, Taif radar and  TRMM satellite measurements.