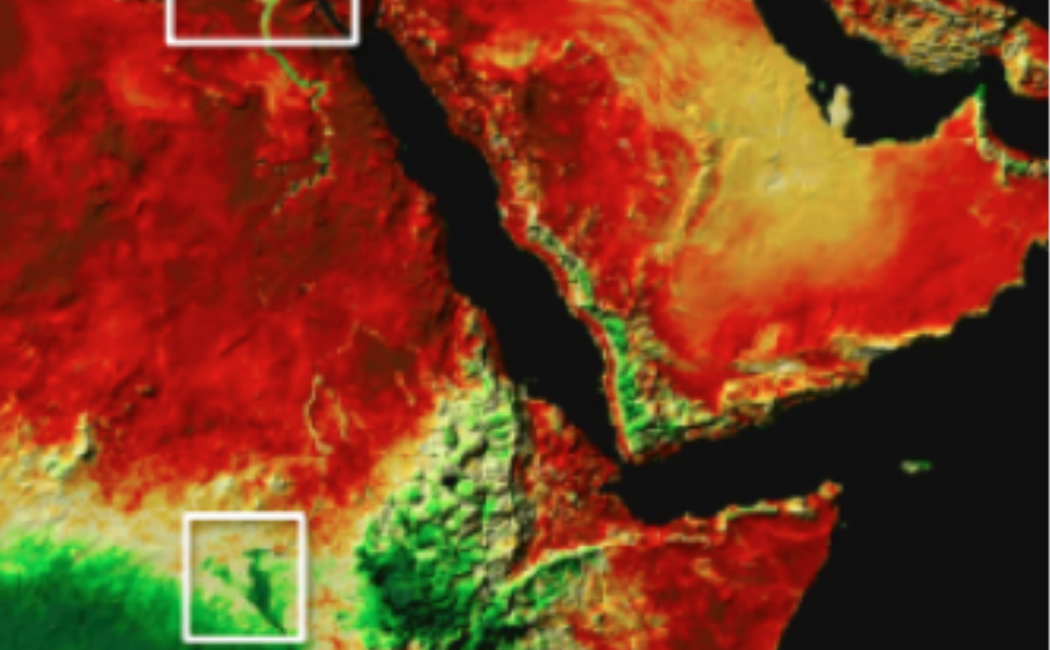 ​The HALO group is engaged in the development and application of land surface modelling systems for the Middle East and North Africa (MENA) region. Key activities involve the implementation of an integrated multi-scale satellite-based water, carbon and energy exchange model for near real-time agricultural monitoring purposes and the establisment of an in-house capability to run a system of state of the art land surface models as further detailed below:​ 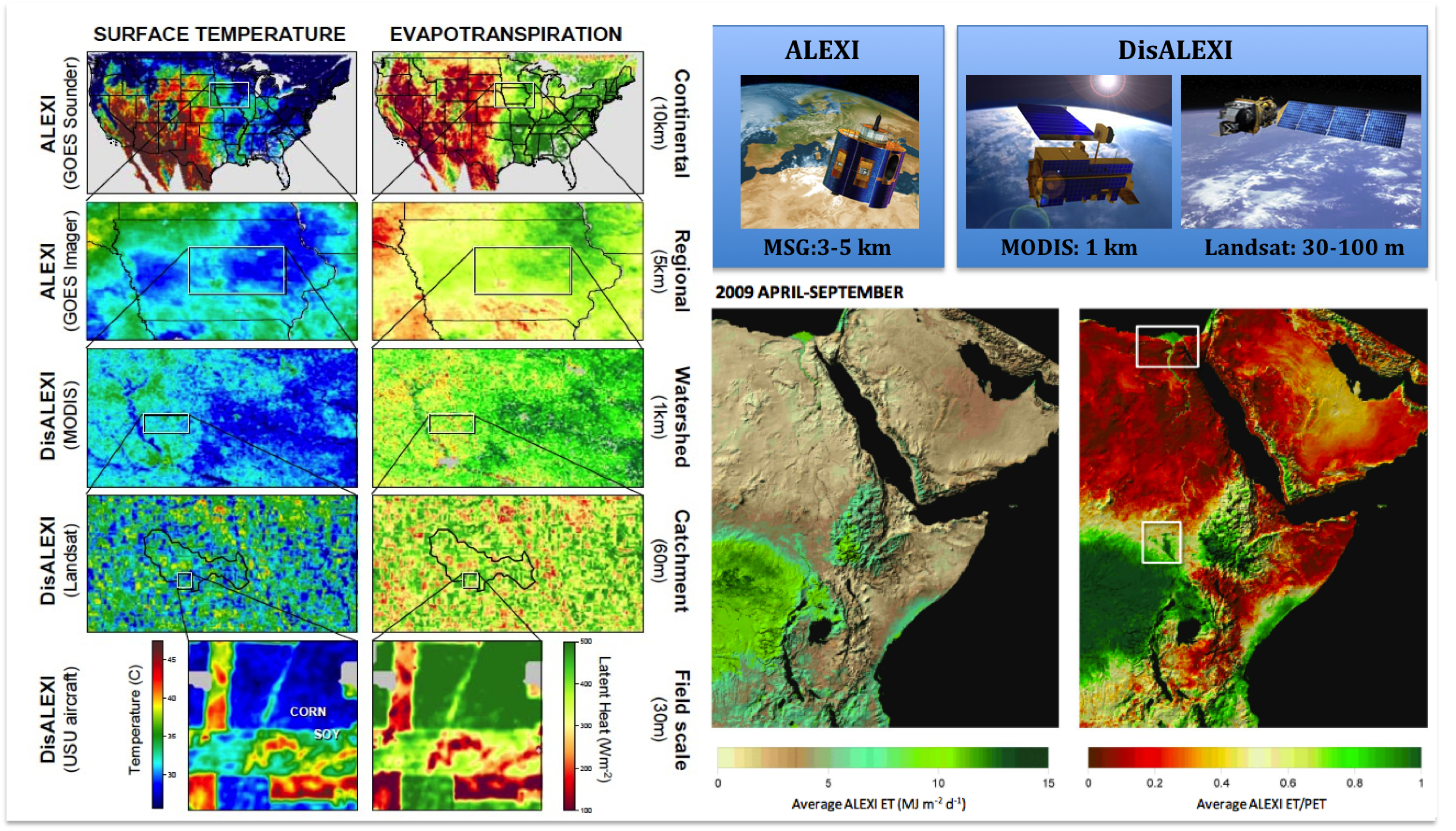 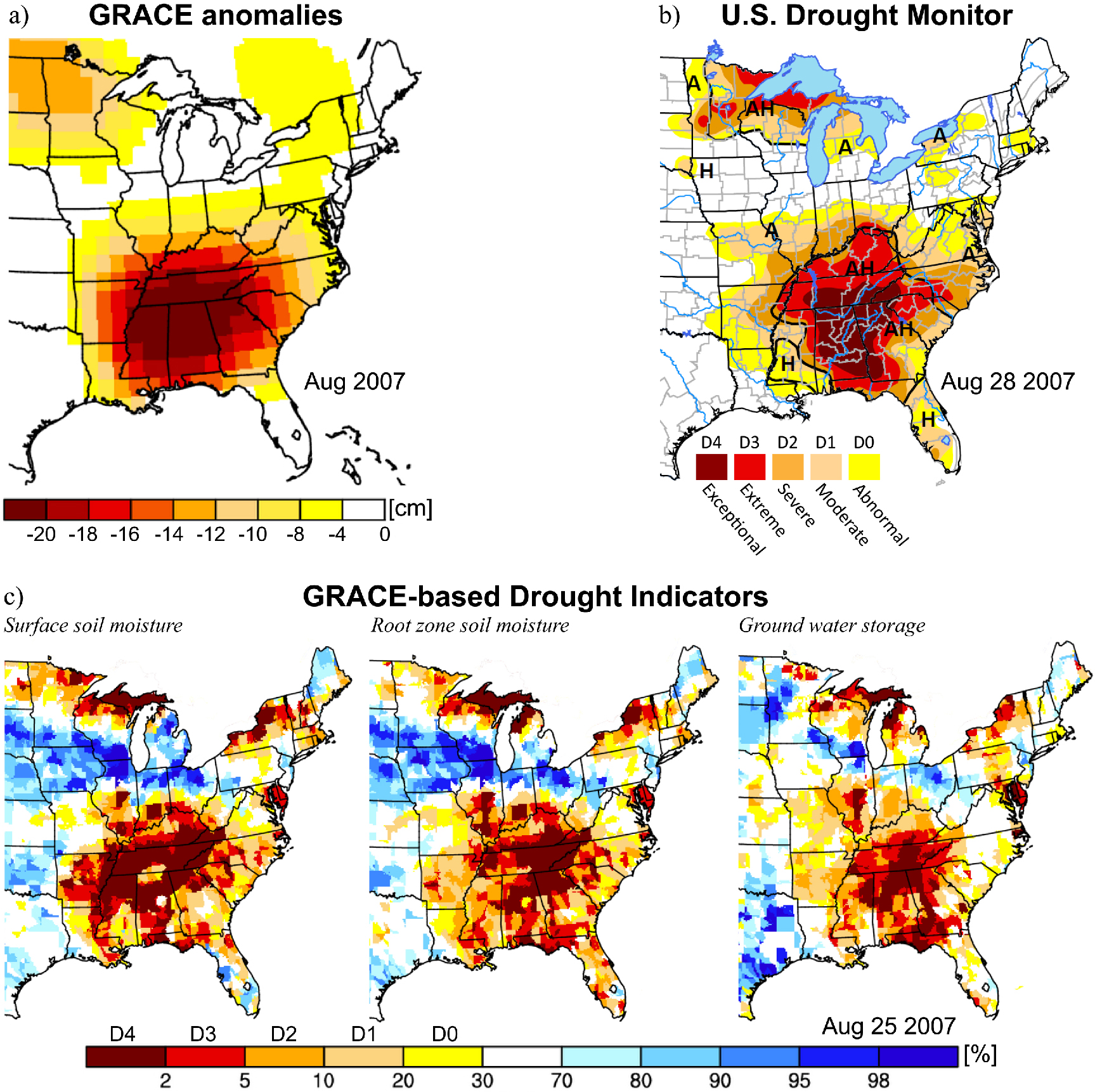 Correspondence between (a) the GRACE monthly water storage anomaly fields, (b) the U.S. Drought Monitor product, and (c) drought indicators based on model-assimilated GRACE TWS observations during the drought in the southeastern United States in August 2007