State of the Climate Report 2015 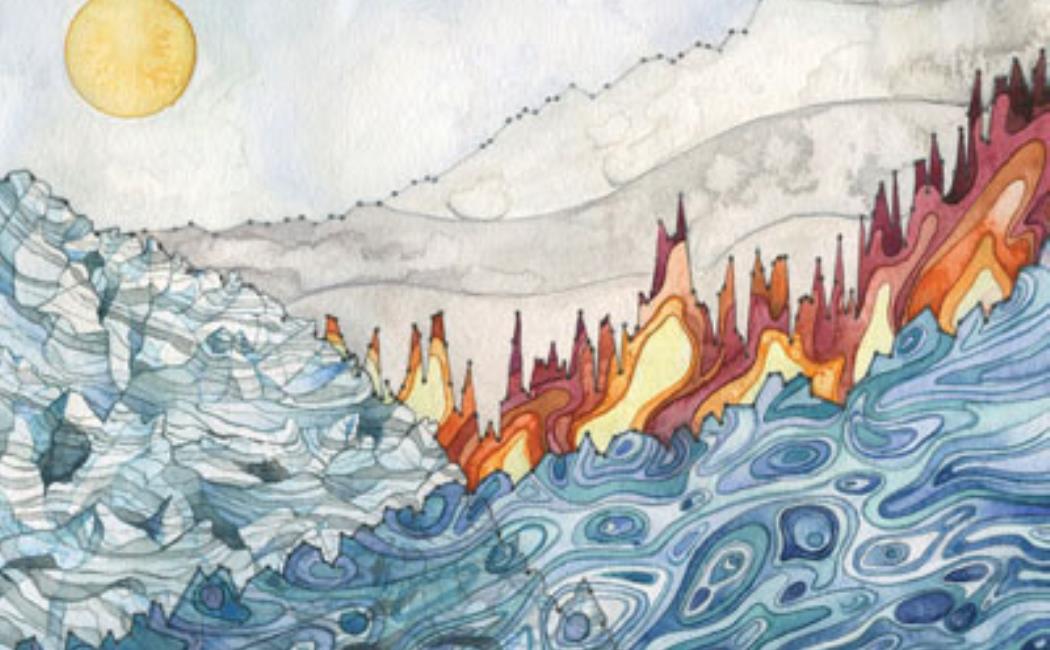 State of the Climate Report 2015

The American Meteorological Societies annual State of the Climate Report is the authoritative summary of global climate. The work compiles key findings related to the climate system based on the research undertaken by numerous scientists around the world. The most recent report represents its 26th edition and provides the benchmark annual assessment of the climate system.

Together with his international colleagues, Prof McCabe was a co-author of the evaporation section in Chapter 2 on Global Climate (see Miralles DG, Martens B, Dolman AJ, Jimenez C, McCabe MF and Wood EF (2016) "Global land evaporation" in State of the Climate in 2015, Bulletin of the American Meteorological Society, 97(8), S34-S35).

As noted in the report "Periods of global decline in evaporation typically coincide with El Niño conditions, and are associated with drought in the water-limited ecosystems of the Southern Hemisphere (Miralles et al. 2014b). The year 2015 was no exception: despite El Niño conditions intensifying only in the second half of 2015, Fig. SB2.2 shows anomalously low evaporation in central Australia, eastern South America, Amazonia, and southern Africa. Considering the entire multidecadal record, the continental evaporation in 2015 does not seem particularly anomalous, as climate variability is superimposed on a positive trend of ~0.4 mm yr–1. For most of the Northern Hemisphere, evaporation was above the multidecadal mean, with the notable exception of California, which experienced extraordinary drought conditions.". 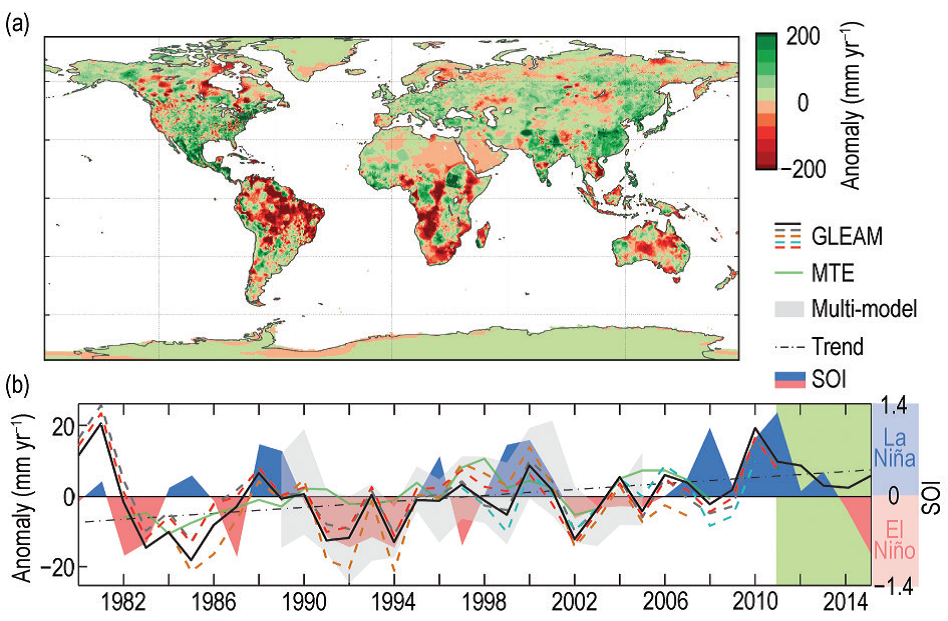 Fig. SB2.2. (a) 2015 land evaporation anomalies. (Source: GLEAM). (b) Mean continental evaporation anomaly time series for the satellite era, based on an ensemble of GLEAM datasets (after Miralles et al. 2014b). The MTE dataset (Jung et al. 2010), the satellite-based multimodel range by Mueller et al. (2013), and the Southern Oscillation index (SOI) are also shown. GLEAM runs for 2012–15 incorporate SMOS data. Anomalies are calculated relative to the 1997–2007 period in which all datasets overlap.